Full Name
Mr. Thomas G Smart
Company/Firm
Onebane Law Firm
Speaker Bio
Thomas G. Smart received his Bachelor’s of Science from Louisiana State University in 1979. He went on to Louisiana State University Law Center where he earned his Doctor of Jurisprudence in 1982. Tommy is licensed to practice in Louisiana and Texas. He is Vice President of the Mineral Law Section of the Louisiana State Bar Association, and a member of the Oil, Gas and Energy Resources Law Section of the Texas Bar Association. He is a frequent speaker at various legal, land and industry seminars, including the Louisiana Mineral Law Institute, and is a guest lecturer for the University of Louisiana at Lafayette PLRM Program.

Tommy is a shareholder at the Onebane Law Firm, where he has practiced in its oil and gas section since 1982. He has a general oil and gas transactional practice serving producers and others engaged in onshore and offshore operations, including title examination, the structuring, drafting and negotiation of complex agreements, the acquisition, sale and/or financing of oil and gas properties, due diligence for property acquisition, serving as local counsel for purchase and financing transactions, 3-D seismic permit and license agreement advice, and general advice.

Tommy began practicing Oil and Gas Law because his dad, Holmes Smart, has enjoyed a long career as a consulting and unitization geologist in Lafayette. Tommy enjoys LSU sports of all kinds and is a season ticket holder to five sports. In fact, Tommy is featured prominently at most LSU home baseball games as his season tickets are directly in line with the batter television cameras. He also enjoys a view of Tiger Stadium from the balcony of his “camp” in Baton Rouge, located adjacent to the LSU campus. Tommy also enjoys reading and travel.
Speaking At
Surface and Subsurface Issues in the Horizontal Drilling Era 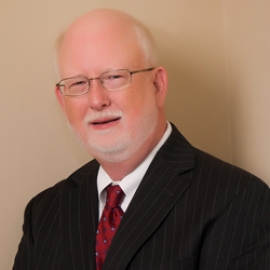