Full Name
Mr. Richardo I Kilpatrick
Job Title
Managing Partner
Company/Firm
Kilpatrick & Associates, P.C
Speaker Bio
Richardo I. Kilpatrick is the managing partner of Kilpatrick & Associates, P.C. in Auburn Hills, Mich., and specializes in creditors' rights and insolvency law while focusing on corporate, consumer and commercial litigation and bankruptcy, real property remedies for creditors, real property transactions and general corporate counseling. He is a past president of the American Bankruptcy Institute (ABI) and has served on the Board of Directors for the American College of Bankruptcy (ACB). Mr. Kilpatrick is a member of the State Bar of Michigan, the U.S. District Court for the Eastern and Western Districts of Michigan, the Sixth Circuit Court of Appeals and the U.S. Supreme Court. He was inducted as a Fellow into the American College of Bankruptcy in March 1999 and appointed to its Board of Directors in July 2001. In October 2008, Mr. Kilpatrick was invited to be a conferee at the National Bankruptcy Conference (NBC). As a member of the National Bankruptcy Conference, Mr. Kilpatrick worked with Judge Thomas Small on the NBC’s Small Business Proposal, a portion of which was incorporated into the Small Business Reorganization Act of 2019. Mr. Kilpatrick also served as a member of the Judicial Conference Advisory Committee on Bankruptcy Rules from August 2011 to 2017 where he worked to directly craft, tweak, update, and change bankruptcy rules in an ongoing effort to improve the practice of bankruptcy for all involved. He is Board Certified in Consumer Bankruptcy Law by the American Board of Certification (ABC), and he received his B.A. in economics in 1973 from Harvard University and his J.D. in 1982 from the University of Michigan Law School.
Mr. Kilpatrick has spoken at the National Conference of Bankruptcy Judges (NCBJ) and is a presenter at numerous seminars focusing on bankruptcy and collections presented by the Institute of Continuing Legal Education, faculty for the Norton Litigation Institute, PESI, ABI, NACTT, and NABT. He is an editor for Norton's Treatise on Bankruptcy and is adjunct professor at St. John’s University Law School where he teaches a course on small business bankruptcies.
Speaking At
Sub-Chapter 5 Developments 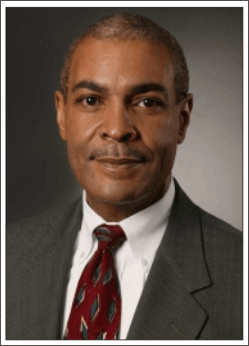