Full Name
Mr. M. Taylor Darden
Company/Firm
Carver, Darden, Koretzky, Tessier, Finn, Blossman & Areaux, LLC
Speaker Bio
M. TAYLOR DARDEN was born in Portsmouth, Virginia on December 6, 1952. He received his Bachelor of Arts in 1974, and his Juris Doctorate in 1977, both from Louisiana State University in Baton Rouge, Louisiana. After graduation, he joined the firm of Milling, Benson, Woodward, Hillyer, Pierson & Miller in New Orleans, where he began a practice based primarily in Louisiana mineral law. In 1994, along with seven other attorneys, he founded the firm of Carver, Darden, Koretzky, Tessier, Finn, Blossman & Areaux L.L.C., a firm that has grown to almost 40 attorneys with offices in New Orleans and Belle Chasse, Louisiana and Pensacola, Florida.

Mr. Darden’s current practice centers on general property law and oil and gas advices. In his nearly forty-four years of practice, he has handled a range of cases, including claims for property damage resulting from natural gas and oil well blowouts, suits for mineral lease cancellation, the defense and prosecution of expropriation claims, as well as claims over titles and boundaries. He offers general property and oil and gas advices on matters pertaining to mineral leasing, lease and servitude maintenance, joint operating agreements, royalty disputes, and surface use agreements.

Mr. Darden is a former member of the Advisory Council for the Louisiana Mineral Law Institute, where he served two terms as Chairman (1990-92). He also served a two-year term on the Louisiana Law Institute (1991-92) and was later appointed as a member of the Institute's subcommittee for the revision of the Louisiana Oil Well Lien Act (1992-1995). In 2018, he was appointed as the Louisiana Landowner Association’s representative on the Public Recreation Access Task Force, created by Senate Concurrent Resolution 99 of 2018, which was tasked to examine the issue of competing ownership claims between the State and private landowners over natural and man-made water bottoms and the public’s right to access them. Currently, he is serving as the LLA’s representative on the Louisiana Law Institute’s Mineral Law Committee.

From 2006-2009, Mr. Darden served on the Board of Directors of Professional Landmen’s Association of New Orleans, acting as its Treasurer in the final year of his term. Over the years, he has been active in the alumni affairs of the LSU Law School and, in 1995, served as President of its alumni association. In 2011, Mr. Darden was appointed General Counsel of the Louisiana Landowners Association.

Mr. Darden is a member of the Louisiana State Bar Association and the American Bar Association and he is admitted to practice before the United States Supreme Court, the United States Court of Appeals for the Fifth Circuit, and all State and Federal Courts in the State of Louisiana. In October 2005, Mr. Darden was inducted as a Fellow in the American College of Trial Lawyers, the nation’s preeminent trial lawyer’s organization.
Speaking At
Decommissioning of Onshore Oil and Gas Pipelines and Related Gathering and Flow Lines 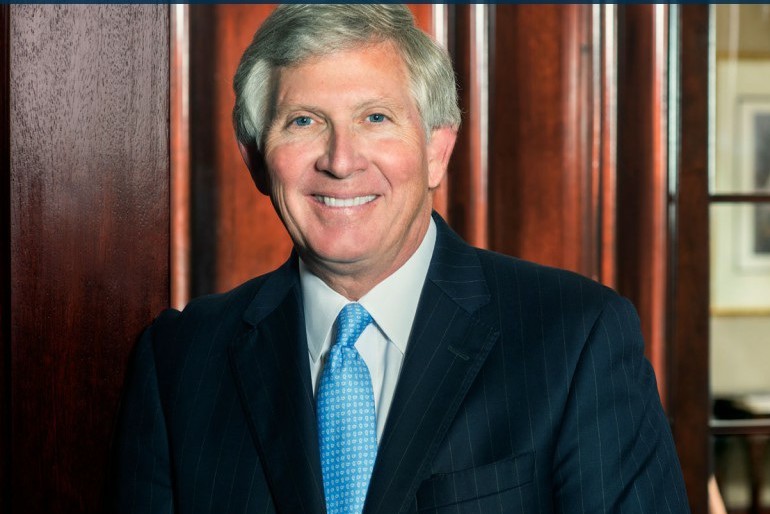