Full Name
Annette Milleville
Job Title
Deputy Chief of the Sexual Assault Domestic Violence Division
Company/Firm
Cook County State’s Attorney’s Office
Speaker Bio
Annette Milleville is the Deputy Chief of the Sexual Assault Domestic Violence Division in the Cook County State’s Attorney’s Office (CCSAO) since 2012. As Deputy Chief, she is jointly responsible for managing the seventeen Assistant State Attorneys who work in the division as well as overseeing sexual assault charging considerations for all of Cook County. In addition, Ms. Milleville actively prosecutes cases involving sexual predators.
Prior to her current position, Ms. Milleville was Supervisor for the CCSAO at the Chicago Children’s Advocacy Center. Ms. Milleville was also a First Chair Trial Specialist in the Sexual Assault and Domestic Violence Division where she tried numerous sexual assault cases. Ms. Milleville also worked as an Assistant State’s Attorney in the Community Prosecutions Division where she worked with the community and law enforcement to make a difference in the prosecution of cases which impacted the safety of the community. Ms. Milleville has tried hundreds of cases over the course of her 26 years as a prosecutor, including sexual assault, domestic violence including murder, home invasion, and hate crimes.
Ms. Milleville presents to other Assistant States Attorneys, law enforcement and advocates on charging considerations in sexual assault cases and on how to speak with victims in a trauma-informed manner as part of a forty-hour training which is presented by the Cook County State’s Attorney’s Office bi-annually. Additionally, she has trained for the Chicago Police Department on how the felony review process relates to law enforcement investigations on sexual assault cases. Ms. Milleville is a member of several State Boards including the Children’s Justice Task Force and the Sex Offender Management Board.
Speaking At
Prosecuting Perpetrators in Positions of Power and Listening to Survivors 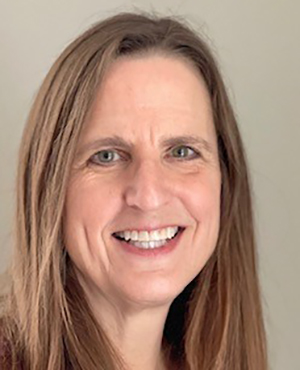