Full Name
Judge Stephen Wheelis
Job Title
Judge
Company/Firm
United States Bankruptcy Court for the Western District of Louisiana
Speaker Bio
Stephen D. Wheelis was appointed by the U.S. Fifth Circuit Court of Appeals on April 25, 2019 to serve as a Bankruptcy Judge for the U. S. Bankruptcy Court, W. D. of Louisiana at Alexandria and Monroe. Prior to his appointment, he was a shareholder of Wheelis & Rozanski, APLC, in Alexandria for over 20 years and initially practiced as a partner with Provosty, Sadler & deLaunay for 14 years.
His practice included representation of creditors and trustees in all bankruptcy chapters, banking, business & commercial law, litigation & appeals. He actively practiced bankruptcy law throughout all Districts of Louisiana and in many other states, pro hac vice, having appeared in bankruptcy courts on behalf of clients in over 25,000 cases since 1985
He is a Board Certified Business Bankruptcy Specialist, certified by the Louisiana Supreme Court and the American Board of Certification since January 1, 1997. He served from 2011-2019 on the Board of Directors of the American Board of Certification, the Standards and Faculty Committees. He has been a member of the American Bankruptcy Institute for more than 20 years. He served as a member of the LSBA Bankruptcy Law Advisory Commission, 1995 - 1998 and 2018-2019, and chaired the LSBA Board of Legal Specialization from 2009-2010. He served as an Assistant Bar Examiner for Code III from 2005-2019 and held memberships in the Louisiana Bankers Association, serving on the Bank Counsel Committee, Louisiana State, American and Alexandria Bar Associations. He is a member of the American Inns of Court and the Federal Bar Association and an Associate Member of NACTT. He appeared consecutively in the annual editions of Louisiana Super Lawyers, Business Bankruptcy / Creditor Rights, from 2007-2019.
He previously served as an adjunct professor for paralegal studies at Northwestern State University and Louisiana College and taught courses for the American Institute of Banking.
Judge Wheelis received his J.D. Degree in 1985 from Tulane University School of Law and his B.A. in Legal Studies from Northeast Louisiana University (now ULM) in 1981.
Speaking At
Consumer Corner – Chapters 7 and 13 – Property, Mortgages, & Wages
Discharge & Dischargeability – Perils and Pitfalls of giving legal advice – or not. 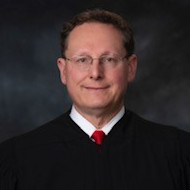